Chat with us, powered by LiveChat

Research shows addiction is a physical, mental, and spiritual issue for most. Recovery requires much more than simple rehab and the removal of substances from their lives. It’s about receiving spiritual awareness and emotional peace, and many researchers and scholars support the concept of spirituality in the recovery process. It’s now a method that’s being used in addiction recovery facilities all over the world, and it’s proven effective and successful to those who want to make a positive change in their lives. Spirituality is a positive aid in the addiction recovery process, and the benefits are numerous.

Spirituality is Often Associated with the Lack of Relapse

Group thinking is both beneficial and frowned upon in many instances. In a situation such as the one Charles Manson created, it was negative. People believing they must follow the group to attain what they wanted to achieve in life ended with many people dying at their own hand. Spirituality, however, is a lovely form of group thinking. What this means is those who are spiritual believe in a higher power. The higher power believes in a set of rules and a way of life, and those who follow also believe in the same. Faith-based group thinking is often positive, because it views substance abuse as a negative, and it makes people want to steer clear of it because they don’t want to disappoint their peers or themselves. In a recovery sense, this form of group-thinking is often the catalyst that prevents relapse.

Faith-based groups spend a lot of time together. When you include spirituality into life, people are often surrounded by like-minded people who spend time together every week. Faith-based groups attend services together, they dine together, they plan events together, and they become a sort of secondary family. When social voids are filled, many people find they no longer want to fill the absences and the voids in their life with substances.

A Connection with A Higher Power Helps Addicts

Some people are lost. They aren’t sure who they are, what they are, and who they want to be. They want to be someone, but they don’t know who. They look to those around them to choose someone to mirror, and they often fall into the wrong crowd. It’s how addiction begins in many homes. When people have a higher power that’s positive, they’re more likely to model their own lives and personalities after that higher power. It’s as though spirituality takes the place of a living person who makes poor decisions, and that person is replaced by a positive influence.

When other people are doing the same thing in the same circle, people begin to form bonds that aren’t so easily broken. The road to honesty is difficult for those who have spiraled out of control before working to make things right. When they are faced with the chance to be honest and see their own lives for what they are, it hurts. It helps when others recognize the pain as their own and are there to support a recovering addict.

When life is dark and depressing, it’s so easy to pick up a bottle or turn to drugs to make the darkness disappear. The problem with addiction is that it takes more and more to make the darkness disappear, and it leads to a higher tolerance. The light is only found when people are able to get out of their own minds and stop their addiction from taking over, but it’s not easy. When people have a positive on which to focus, it’s easier to cling to even the smallest amount of light in the darkest times. Spirituality does that for people. It provides light, something to look forward to, and something positive on which to focus.

Never underestimate the power of spirituality in those who are recovering from addiction. It helps because it allows people to realize they aren’t the dark, depressed, awful people others might make them feel they are. They are good people who have turned down the wrong path, and there is hope. It’s often their spirituality that helps them overcome their demons. Even those who don’t feel particularly spiritual or have much faith are surprised how easy it is to adjust to spirituality in recovery. It’s why so many facilities now use this practice, and it’s why so many people work harder than ever to make their lives over and begin again. Spirituality is vital to the addiction recovery process, even for those who don’t believe in it when they begin. 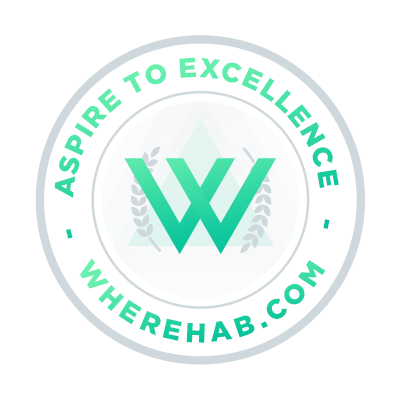