Does Smoking Crack Cocaine Cause Paranoia? 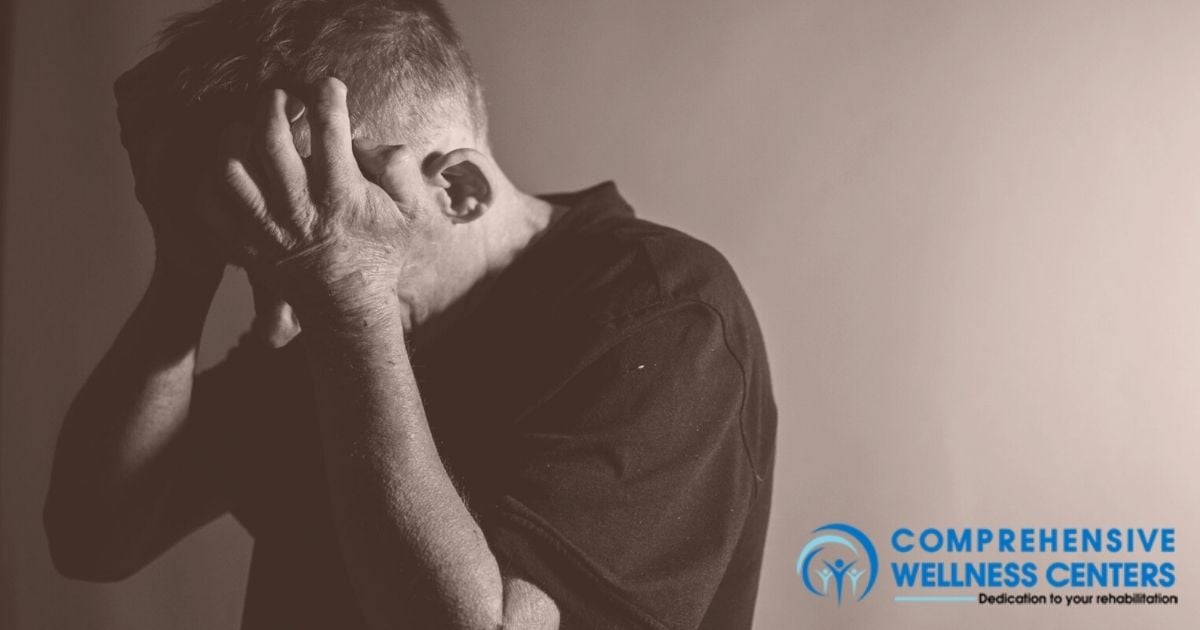 Crack cocaine is a powerful stimulant drug that is made from powdered cocaine. When manufacturers make crack cocaine, they mix cocaine with baking soda and cook the substance down until it forms “rocks” or crystals. Smoking crack is highly addictive and dangerous, so much so that many people report becoming addicted after using the drug one time. Additionally, one of the well-known side effects of crack cocaine is paranoia.

There are many different drugs that can make you paranoid, the most common types being stimulants and hallucinogens. When it comes to stimulants, crack cocaine and methamphetamine are notoriously known to cause paranoia. 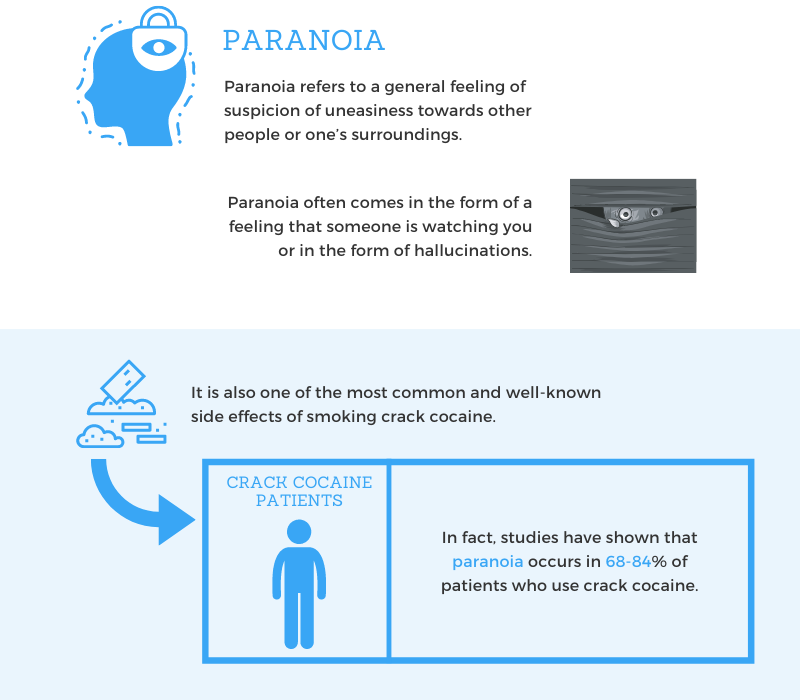 Paranoia refers to a general feeling of suspicion of uneasiness towards other people or one’s surroundings. Paranoia often comes in the form of a feeling that someone is watching you or in the form of hallucinations. It is also one of the most common and well-known side effects of smoking crack cocaine. In fact, studies have shown that paranoia occurs in 68-84% of patients who use crack cocaine.[1]

People who binge on crack cocaine, have co-occurring mental health conditions, or have been using the drug for an extended amount of time are more susceptible to experiencing paranoia while high. Sadly, drug-induced paranoia can lead people to harm themselves, others, or suffer immensely emotionally.

Understanding the Side Effects of Crack Abuse

When users smoke crack, they experience a short-lived, but immediate high. The drug is delivered to the lungs and then to the brain. The brain then produces excess amounts of dopamine – a “feel-good” chemical that affects mood regulation, impulse control, and decision making. In the short term, excess dopamine is what causes users to feel high. However, the high fades after 10-15 minutes, so many people will use more and more of the drug to chase that originally high. This pattern ultimately leads to addiction.

Some of the most common short-term side effects of smoking crack cocaine are:

In the long term, repeated crack cocaine exposure causes changes in neural pathways. Over time, brain circuits that are involved in stress, pleasure, and mood become increasingly sensitive. Without the drug, people who are addicted exhibit signs of withdrawal. Moreover, tolerance to crack cocaine can increase the risk of overdose. In addition, smoking crack damages the lungs, nose, and other bodily functions.

Many users take crack cocaine in binges where they use the drug frequently and at high doses. In such cases, users may experience increased restlessness, irritability, panic attacks, paranoia, and psychosis. The longer people use crack cocaine, the more likely they are to experience paranoia, drug-induced psychosis, and other psychological and physiological effects.[2]

It’s important to note that there is a difference between paranoia and drug-induced psychosis. People who experience paranoia from smoking crack cocaine may experience the following:

Besides hallucinations, delusions, and paranoia, additional symptoms of drug-induced psychosis include:[3]

Psychosis is extremely dangerous, especially in crack cocaine users because violence is often connected with cocaine abuse. One study found that of a group of patients with cocaine-induced psychiatric symptoms:[1]

How Long Does Paranoia From Crack Cocaine Last?

Paranoia caused by crack cocaine may last anywhere from a few hours to weeks, months, or even years if users continue taking the drug. Even those who have detoxed may experience paranoia while their brain beings to adjust to functioning without the drug. The length of time drug-induced paranoia typically depends on how long a person used crack cocaine, their mental health, and whether or not they mixed the drug with any other substances.

Can You Prevent Paranoia From Smoking Crack?

Many people falsely believe that snorting or even smoking crack is safer than injecting it. However, the drug is still the same in structure, and smoking crack leads to a greater likelihood of dependence, addiction, and additional side effects. That being said, any form of crack cocaine use, whether it’s smoking, snorting, or injecting can cause paranoia or drug-induced psychosis.

Ultimately, if you’re using crack cocaine, there is no way to prevent paranoia. The only way you can do so is by stopping your crack use, going to detox, and getting professional help.

Addiction to cocaine is a serious condition that can destroy your life and the lives of those around you. Crack cocaine is one of the most addictive drugs that produces intense cravings and life-threatening side effects. However, that doesn’t mean recovery isn’t possible. With evidence-based treatment and individualized care, you can obtain the tools you need to stay sober.

If you or someone you know is struggling with an addiction to crack cocaine, don’t wait any longer. Contact one of our dedicated treatment specialists today to get started on your recovery.