Side Effects and Dangers of Smoking Heroin

Home » Blogs » Side Effects and Dangers of Smoking Heroin 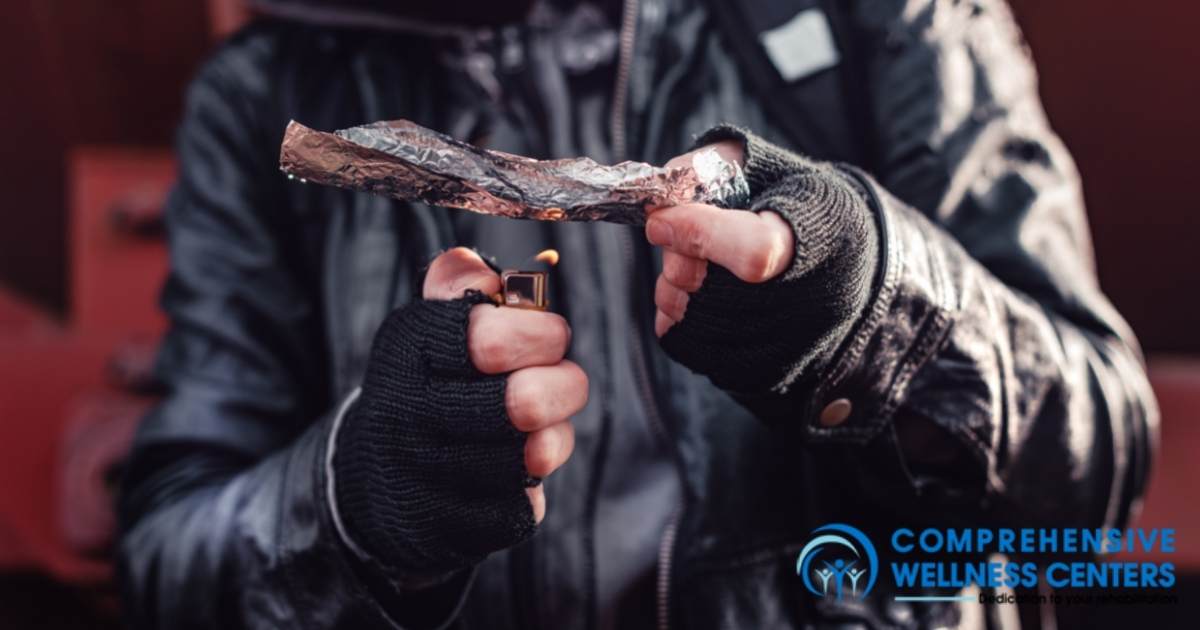 Of all the treatment admissions for heroin abuse, approximately 4.8% involved smoking heroin.[1] While the majority of people who use heroin inject or snort it, smoking and inhaling the substance directly into the lungs is dangerous and can have long-term consequences.

The act of smoking heroin is also referred to as “chasing the dragon.” It gets this name because heroin users may try different methods of administration to feel the same high they felt when they first started using the drug. Chasing this high can lead to repeated drug use, addiction, and other long-term side effects.

Can You Smoke Heroin?

Heroin comes in the form of a powder or a sticky, tar-like substance. Both forms can be smoked by placing the substance on aluminum foil, heating it up with a flame, and inhaling the vapor through a straw or metal tube. Another less common way of inhaling heroin is by heating it in a glass oil pipe and breathing in the vapors. Some people may even sprinkle powdered heroin on the tip of a cigarette or inside of a marijuana joint.

Why Do People Smoke Heroin?

The heroin sold on the streets today is much more potent than the heroin sold 20 years ago. The increasing purity of heroin makes both snorting and inhaling realistic routes of administration for people who are addicted to the drug. In addition, many people have a fear of needles that they are unable to overcome, so these individuals may turn to other less invasive alternatives, like smoking.

There are also unique risks involved with injecting heroin that some people may try to avoid by smoking it, instead. For example, some may be concerned about contracting or transmitting HIV or Hepatitis C. These bloodborne illnesses are not transmissible via smoking, making smoking a safer alternative for some.

Lastly, studies have found that some heroin users smoke small samples of heroin to test their drugs in an attempt to avoid an overdose. By testing a smaller sample via inhalation, users can judge how potent their batch is before they prepare it for injection.[2] Regardless of how people use heroin, it is an extremely addictive and dangerous drug.

Side Effects of Smoking Heroin

According to the National Institute on Drug Abuse, smoking is a less efficient route of administration of heroin when compared to injecting.[3] Still, inhaling heroin can produce strong and addictive side effects, including:

When smoked, the effects of heroin set in within 2-5 minutes and can produce effects for 15-30 minutes. These effects are thought to be less intense than those produced by injecting heroin, however, an overdose can occur even in small doses – especially in users that do not have a tolerance.

People often smoke heroin to produce a powerful high without the risk of overdose, the transmission of blood-borne illness, or the use of needles. However, just because some people perceive smoking as safer than injecting doesn’t mean it is true. There are many dangers associated with smoking heroin.

Heroin can lead to a fatal overdose regardless of how it is administered. One of the most concerning dangers of smoking the drug is overdose. Symptoms of heroin overdose include:[4]

Heroin overdose can sometimes be reversed if Narcan (naloxone) is administered promptly.

Smoking any substance takes a serious toll on the lungs and airway. Heroin can be cut with toxic chemicals that are seriously harsh on the lungs. In the long term, smoked heroin can lead to lung complications like tuberculosis or pneumonia.

Another way the lungs are affected is by chronic respiratory depression. Heroin is a central nervous system depressant that slows down body functions and heart rate. When users nod off or overdose, their breathing is slowed to life-threatening rates. Over time, this respiratory depression can lead to chronic breathing problems.

As an opioid, heroin can suppress coughing short term. However, smoking it on a regular basis can make a person develop a chronic cough. Even more concerning, research suggests that long-term heroin abuse can increase the risk of developing asthma.[5]

Similarly, these lung problems can increase the risk of developing chronic obstructive pulmonary disease (COPD). COPD is a progressive disease that can lead to heart disease and/or lung cancer.

Hormonal Imbalances in Men and Women

Long-term heroin abuse is known to produce hormonal imbalances in both men and women. Women may begin having irregular menstrual cycles and men may struggle with sexual dysfunction. These hormonal imbalances can also contribute to symptoms of anxiety, depression, insomnia, and mental health disorders.

Heroin addiction is a chronic and progressive illness that rarely gets better without professional treatment. Whether heroin is smoked, snorted, or inject, it can lead to overdose, addiction, and death.